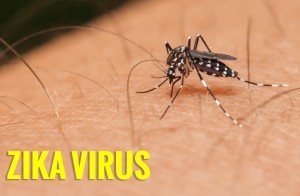 There are a lot of dangerous infections that can be spread by mosquitoes, but currently, the Zika virus is causing serious concern up and down the East Coast.

According to the CDC Zika virus is spread to people primarily through the bite of an infected mosquito. The most common symptoms of Zika are fever, rash, joint pain, and conjunctivitis (red eyes). The illness is usually mild with  symptoms lasting for several days to a week after being bitten by an infected mosquito. People usually don’t get sick enough to go to the hospital, and they very rarely die of Zika. For this reason, many people might not realize they have been infected. However, Zika virus infection during pregnancy can cause a serious birth defect called microcephaly, as well as other severe fetal brain defects.

Commonly found in South America, the Zika virus has been moving it’s way up the United States and an alarming rate. While there only have been a few cases of Zika Virus in New York.  Mosquitoes carrying diseases like West Nile Virus and the Chikungunya virus are still common on Long Island.  Organically Green has been on the front lines of fighting the spread of these viruses through mosquito control and tree spraying. Only using family, pet and environmentally friendly pesticides, Organically Green can keep your home safe from mosquito borne illness this summer.