The Danger of Tick Bites 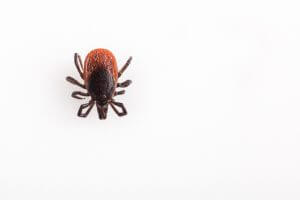 The danger of tick bites – As the weather warms and you begin to spend more time outside,  insects of all kinds begin to show up, including biting insects such as ticks. According to the Centers for Disease Control, “tickborne diseases increasingly threaten the health of people in the United States. The growing threat includes newly discovered disease-causing germs, an increasing number of reported tickborne illnesses, expanding geographic ranges for ticks, and a novel tick species found in the US”.

Here in New York, the most common types of ticks are the dog tick, the deer tick, and now the lone star tick. All three of these tick bites can transmit diseases including Lyme disease, Anaplasmosis/Ehrlichiosis, Spotted Fever Rickettsiosis (including Rocky Mountain spotted fever), Babesiosis, Tularemia, and Powassan Virus Disease, and it’s important to avoid being bitten. Recommendations to avoid tick bites include wearing long sleeves and long pants and avoiding grassy areas. However, in summer that can be difficult so using bug sprays or having your yard treated regularly can be a big help. There are organic treatments that are highly effective, such as those provided by Organically Green Horticultural Services.

What To Do If You Are Bit:

If you are bitten by a tick it’s important to remove the tick as quickly as possible. The chance of the tick being able to transmit diseases is lower if you remove it within 24 hours. If you find a tick do not burn or smother it in Vaseline. Doing these things can actually make the tick embed itself deeper. Instead, clean the area around the bite carefully and then, using tweezers, grasp the tick as close to the skin as possible. Finally, slowly and firmly remove the tick. You may want to keep the tick in a bag in the freezer in case your doctor wants to look at it should symptoms arise from the tick bite.

Infectious disease from tick bites may or may not come with a variety of signs and symptoms. If you have any of the following symptoms you should seek medical advice, particularly if you have frequented areas where ticks are common.

Symptoms of Disease Tick Bites include:

For some, vector-borne diseases can be treated at home with antibiotics. There are cases where infections become severe and require hospitalization. While early recognition is the key to successful treatment, these illnesses can be hard to diagnose. If you have been bitten by a tick and experience any of the above symptoms be sure to see your doctor as soon as possible.