Prepare Your Property for Spring 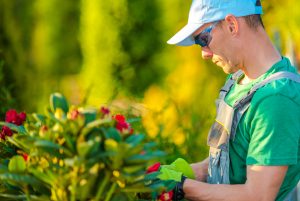 Believe it or not, spring is coming, and it’ll be here sooner than you think. For some, you’ll want to prepare your property for those real estate hunters by boosting curb appeal; for others, you just want to make sure that your garden looks its best once the blooms appear. Whatever your reason, a bit of effort in advance can give you big results later. So let’s talk about some things you can do now to get that showy summer look.

Start to Prepare Your Property for Spring, Even in the Winter

If you step outside and look at your yard you’ll likely see a post-winter mess, but you may not realize that one of the biggest contributors to that messy look is the edging on your garden beds. Neat beds not only make mulching easier but they give your yard an instant facelift. To help your yard look its best you should make fresh, sharp cuts and clear out the accumulated dirt, leaves, and old mulch that has collected there. This is the perfect task to start on nice, late winter days because you don’t have to wait for plants to bloom and it can take quite a while to complete. If you’d prefer to avoid dealing with edging altogether then creating raised beds will eliminate that task.

Weeding is something you can do almost year-round, but once the cold weather comes to an end weeds are often the first plants to wake up.

After a spring rain is the best time to weed because the ground will be softer and more capable of releasing the roots. You shouldn’t wait with weeds, pull them up as soon as you see them and keep checking for them all season long!

When the risk of frost is over it’s time to smell the roses, or at least get ready for that. Regardless of the type of roses, you should prune them back before the new shoots reach half an inch long. You’ll want to take off dead and rubbing stems or stems that ruin the shape you’re going for once the season starts. On Long Island, late March is a safe time to prune your roses.

Roses won’t be the only plants in your yard that need pruning. Before your plants put out new shoots you should remove old, dead stems from your perennials. If new shoots have already appeared just be extra careful not to damage them. Don’t pull stems, cut them with gardening shears or hand pruners. Yanking stems can cause damage to tender new shoots. Ornamental grasses that have not been cut in the fall should be topped.

Before new growth appears you’ll also want to remove old, dead stems from perennial plants. Don’t yank stems as that can damage new growth, use gardening shears or hand pruners to cut the death growth away.

For ornamental grasses, you can use a hedge trimmer. Be sure to cut off old, dead tops before the new leaves emerge.

Last but not least, you should feed your garden! Your plants will be hungry after a long, cold winter so mixing fertilizer into the soil is a great idea. Don’t forget to soak it into the soil so that it’ll get down to their roots where it does the most good.

Putting in some effort early in the season can make a big impact when spring finally comes. It can take some doing, but the results are worth it. If you’re thinking that you’d rather have a professional handle all of this, give Organically Green a call! Or complete our contact form! They’ll schedule an appointment to take care of all of your landscaping needs, and they can handle what needs to be done before, during, and after the growing season! You